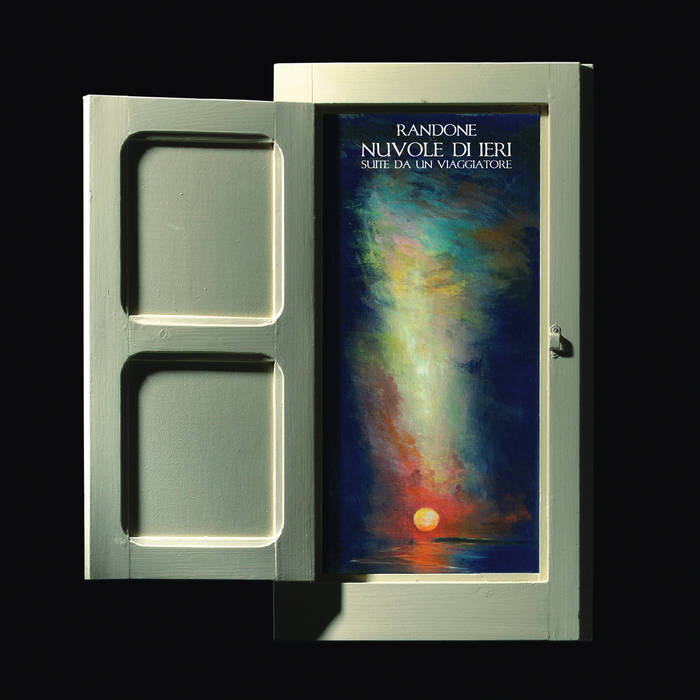 “Nuvole di ieri” (Clouds of Yesterday) was the first album with a “band” and it was released on the Electromantic Music label of Beppe Crovella. The album was inspired by a youthful experience, in particular a long journey of more than one month all over Europe. Initially the album was simply called “Il viaggio” (The Journey), a title that the label refused because of the new project of Aldo Tagliapietra that would be called the same, then I thought to call it “L’uomo di pietra, il vecchio e il fantasma del musicista” (The man of stone, the old man and the ghost of the musician) who are the three key characters involved in the story, but the title was too long. In the end the one who suggested the title “Nuvole di ieri” was just Beppe Crovella after reading the sentence that the painter Franco Cilia recites on the finale. In accordance with the original title, “Nuvole di ieri” is about a journey, and every word is borrowed from the thoughts I wrote down along the road and that, when I was back home, I had the foresight to copy on my personal journal. There are poems, fleeting impressions, psychedelic intuitions where music represents the progressive legacy that I was bringing in me and that for the first time I could express at the best of my abilities thanks to the contribute of the band: Riccardo’s drums, Marco’s guitar and the masterful arrangements by Beppe Crovella featuring vintage keyboards have made of it an ensemble work. Despite some ingenuities it is a very important album for me since it was deeply inspired. You can find in it all the feelings of my twenties: the urge to be accepted by friends, the need to believe in something higher in order to better face the fear of a world different from the dreamy one that my mother had always talked about, and yet the desire for a love that transcends every boundary and the road, friend and life companion, a symbol of spirituality on the move.

Bandcamp Daily  your guide to the world of Bandcamp

Serena Cherry debuts her black metal project, plus a Pick from the Crypt block from Svalbard